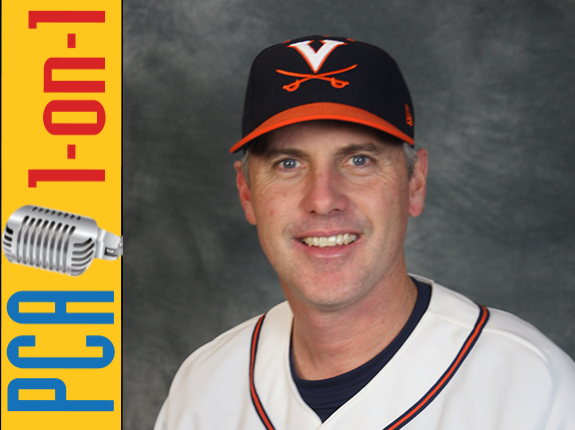 This 1-on-1 interview features Brian O'Connor (@UVACoachOConnor), who enters his 14th season as Head Coach of University of Virginia Baseball after guiding Virginia to 13 consecutive NCAA tournament appearances. Virginia is one of just five programs in the nation to earn a berth in the NCAA tournament in each of the last 13 seasons. O'Connor's tenure as head coach is highlighted by the Cavaliers’ national championship in 2015, and interestingly, by his team's public recognition from the NCAA for its multi-year Academic Progress Rate scores.

PCA Founder Jim Thompson (@JimThompson18) and O'Connor discuss how to build team culture and what it takes to have prolonged success at the collegiate level. O'Connor also shares thoughts on the leading role that players must take in creating team culture, how coaches can be educational rather than confrontational in teaching accountability, and how teaching sacrifice matters for team dynamics.

Crawford, shortstop for the SF Giants, talks about how he and his teammates prepare to contribute in a big way

The Value Of Positive Coaching For New Volunteer Coaches

Matt Kata on how the goal for every youth coach should be making sure the players are having fun.

Brian McBride On The Result Of Positive Coaching

McBride discusses why positive coaching is critical to keep kids interested in sports.

Twins President: Fun Is A Necessary Ingredient Of Success On The Field

The best players always keep fun in mind: keeping fun in mind is an important ingredient of success.

The Key To Successful Culture Is Hiring Dedicated Coaches

Paul Snow on how important it is to hire coaches who are not just in it for the money.