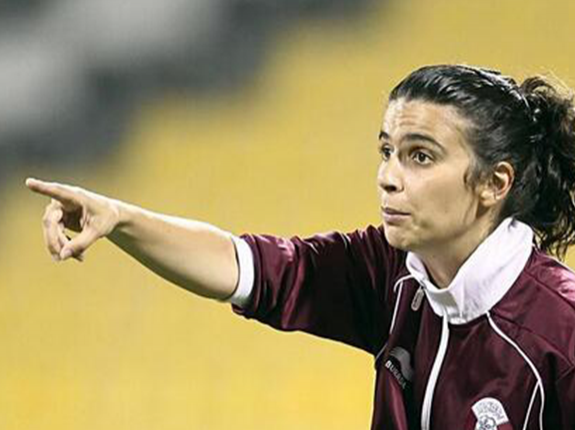 In her research article, titled A Rationale for Encouraging Mothers to Coach Youth Sport, Lavoi explores the problematic lack of gender balance in the youth coaching ranks. To Lavoi, the lack of gender balance in favor of men coaches is problematic because "it sends the wrong message to children and youth about power, gender, and leadership and reinforces the notion that sport is male-dominated, male-run, and male-centred. For children, who are impressionable, seeing mostly men in positions of power in a context that matters a great deal to them, does little to challenge and change the status quo. A lack of women coaches also means girls have few, if any, active female role models, therefore making it less likely that girls will view coaching as a viable and available career pathway."

In order for the potential of youth sport to be realized for all children, Lavoi urges that "women must be seen in equal numbers in all youth sport roles, including the coach. "

To read Lavoi's full research, download the PDF below.

Mothers already have interpersonal qualities required for effective coaching that is less natural for others.

Award winning coach explains that he is responsible for players getting more from sports than just headlines.

When conversations with parents turn to playing time, he asks whether the parents have talked to their son.

Your Everyday Impact As A Youth Sports Coach Lasts Forever

Being a youth coach is a privilege, as it gives people the opportunity to make a positive impact for life.

Dungy talks about how to coach youth sports the right way.