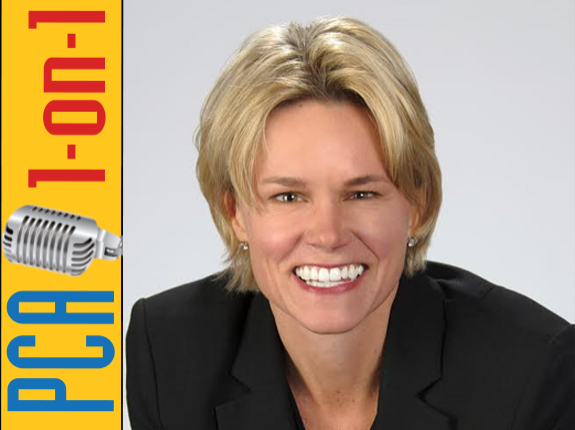 This 1-on-1 interview features Molly Fletcher (@MollyFletcher), hailed as the "female Jerry Maguire" by CNN. Molly spent two decades as one of the world's only female sports agents and represented hundreds of sport's biggest names, including Hall of Fame pitcher John Smoltz, PGA TOUR golfer Matt Kuchar, broadcaster Erin Andrews, and basketball championship coaches Tom Izzo and Doc Rivers. Through her time as an agent, she also observed and adopted the traits of those at the top of their game. She is now CEO of The Molly Fletcher Company in Atlanta, GA.

In this podcast interview with Former PCA President Tina Syer (@tinasyer4), Fletcher discusses her days as a tennis player and what she learned from working with some of the top coaches in sports. She also discusses fearlessness, and the role it played for her in both sports and business, and gave advice for coaches and parents to help their athletes avoid fear of mistakes.

Here are some key insights from the podcast:

Ways For Coaches To Make Kids Feel Like They Matter

Oliver Luck--NCAA exec, past NFLer and noted sports parent: Why it matters to make kids feel like they matter.

Northwestern Football Coach Pat Fitzgerald on the value of respect for other coaches in college football.

Why Do You Coach? Message from First Tee