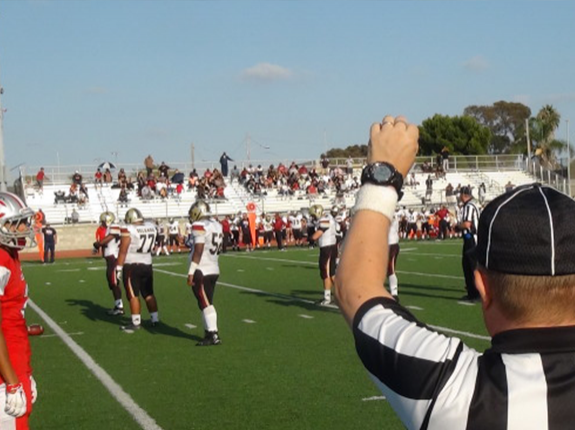 "In Illinois’ recent 7A playoff semi-final, Fenwick High School led Plainfield North 10-7. Fenwick’s fourth-down pass play on offense at its own 15 with 4 seconds left in the game ran out the clock but was ruled intentional grounding. Officials gave Plainfield North the ball on Fenwick's 5 yard line to run an untimed play. Plainfield kicked the tying field gold and won in overtime. The IHSA publicly states that per rule, the untimed play should not have been given and Fenwick should have won in regulation, 10-7. However, IHSA also says that protests are not allowed, and the game stands with Plainfield North winning. We in the Fenwick community discussed how we would react if Fenwick had won under the reverse circumstances. Would we think the Fenwick coach should take the win?"

Positive Coaching Alliance in its workshops, books, and online resources for youth and high school sports coaches, parents, student-athletes, officials and administrators emphasizes that all participants honor the game by respecting its rules and officials. In this difficult situation, it's important to note that though the game officials ruled erroneously, presumably they did not do so out of a lack of respect for the rules. In this instance, there were subsequent rules and policies set forth by the Illinois High School Association; these rules were correctly applied after the contest...

To read the full response, Download a printable version of this resource, including additional commentary from PCA, by clicking the PDF below. To read more questions and answers like this, or to submit your own question to the Ask PCA blog, click here.

How Coaches Can Address Character On Day One

Be explicit about the value of character as soon as players walk in the door, says this MLB Team President.

Bad body language can be contagious among teammates, so address it immediately. Here's how a top coach does it

How Coaches Can Work With Officials

A coach explains the benefit of a pre-game conversation with officials.

Questionable Call By The Official? Show Players Your Poise

How To Handle Opponents' Unsportsmanlike Behavior

Calling In vs. Calling Out

Video provided by PROJECT ROCKIT. STANDING UP: What is calling in versus calling out?