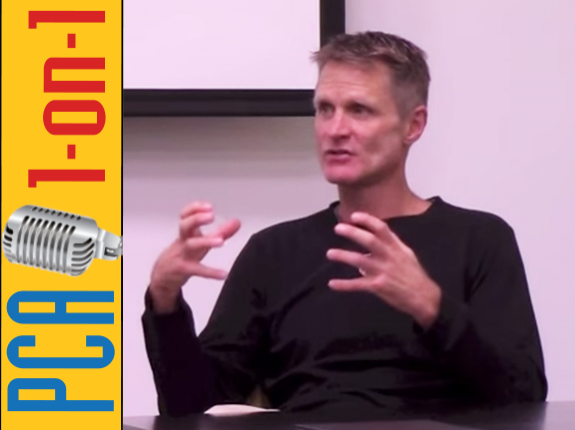 Steve Kerr (@SteveKerr) is the Golden State Warriors Head Coach and a PCA National Advisory Board Member. He led the Warriors to the 2014-2015 NBA Championship and a record 73 wins the following regular season and a second consecutive NBA Finals appearance. As a player, Kerr was a five-time NBA champion with the Bulls and Spurs, then served as a TV commentator and General Manager of the Phoenix Suns.

In this podcast interview with PCA Founder Jim Thompson (@JimThompson18), Kerr discusses the Warriors' four core values: joy, mindfulness, compassion and competition. Youth and high school coaches can learn from Kerr's approach to building a team culture, borrowing ideas he learned from Seahawks Coach Pete Carroll: "Pare down your core values and tailor your daily routine around those core values.”

Steve Kerr shares two books, one about football coach Bill Belichik, and the other about sports psychology.

Former UC Davis Football Coach talks about how he got the most out of players.

An Uncut, Inside Look At Record-Setting Coach Steve Kerr

Go behind the scenes with the Golden State Warriors Head Coach during his record-setting 2015 season.

How Steve Kerr And Gregg Popovich Use “Appropriate Fear”