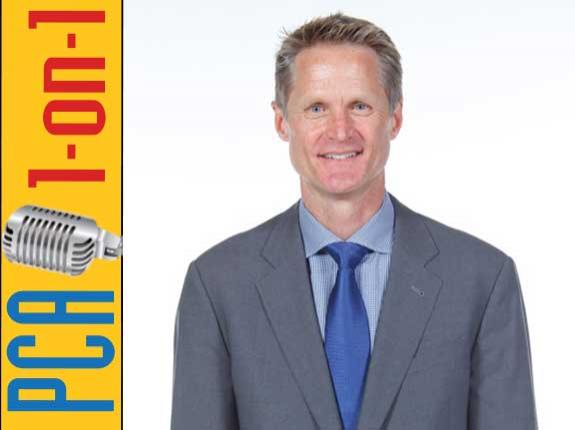 This 1-on-1 interview features Golden State Warriors Head Coach Steve Kerr (@SteveKerr), a PCA National Advisory Board Member. Kerr is a five-time NBA champion, 15-year NBA veteran and former General Manager of the Phoenix Suns. He entered the NBA as a second round selection by the Suns (50th overall) in 1988. He played for six teams during his 15-year tenure (Phoenix, Cleveland, Orlando, Chicago, San Antonio and Portland). He was a part of NBA championship teams in Chicago in 1996, 1997 and 1998, and then won two more rings with the Spurs in 1999 and 2003.

Jim Thompson (@JimThompson18), PCA Founder, talks to Kerr about playing for some of the greatest coaches in basketball history, including PCA National Spokesperson Phil Jackson (@PhilJackson11). They discuss what made Jackson's Bulls team so dynamic and dominant. Kerr also explores why he loves basketball and being a sports parent and how his relationship with his own dad, who was tragically assassinated in the Middle East, shaped his love for basketball. Here's where you'll find Kerr talking about featured topics:

Hear a former Olympic Volleyball player talk about how she started her sport late, yet became an elite player.

Steve Kerr: Coaching Isn't Controlling (In Basketball Or Any Sport)

Steve Kerr: Don't Be A "Know It All" Coach

This NBA coach explains the benefits of coaches accepting input from their athletes.