9 Strategies Leaders Can Use To Recruit More Female Coaches 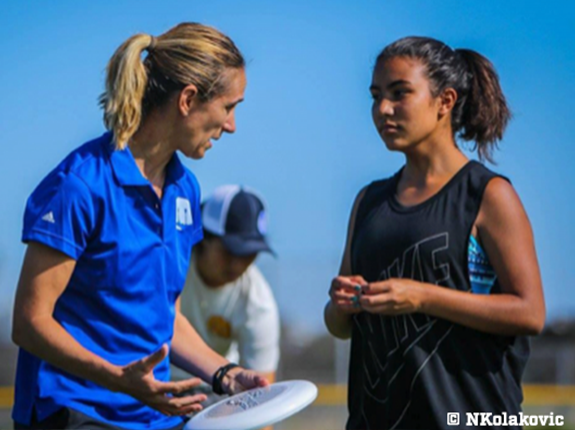 In her research article, titled Mother-Coach Generated Strategies for Increasing Female Coaches in Youth Sport, Lavoi proposes nine strategies for increasing female coaches in youth sport, as it is estimated that less than 20% of youth sport coaches are female. The scarcity of female coaches within interscholastic and collegiate sport is well documented, but little research has examined this phenomena at the youth level. Given that female participation in sports across competitive levels is at an all time high it is disconcerting that more females are not entering the ranks of youth sport coaching.

Here are those the first three of those nine strategies:

“A lot of women are hesitant to coach because they think they’re not competent, but if you asked, just asked them…And people do it and you know they’re happy to do it if you just give them a little bit of confidence that you think they can do it”

“Do a mentorship program, where have you know, a more experienced female coach mentor the younger coaches”

“Again support I think is the main key, you know that you would have, that there would be other coaches that could step in if you needed to be home so that they would be flexible”

To read Lavoi's full research and see all nine strategies, download the PDF below.

Lindsey Harding Talks About How We Need More Female Coaches

Lindsey Harding talks about how we need more female coaches in sports.

As basketball is such a mistake-prone game, Kings Coach Jesse Mermuys argues that for coaches, "less is more"

Gevvie Stone points out that in women's rowing, female coaches are less common than male coaches.

How Coaches And Leaders Can Best Involve Youth Sports Parents

AYSO expert: Coaches should involve players' parents from the start and communicate clearly and consistently

Talk to the coach in private during a calm time to let him know how his behavior affects you and the players.