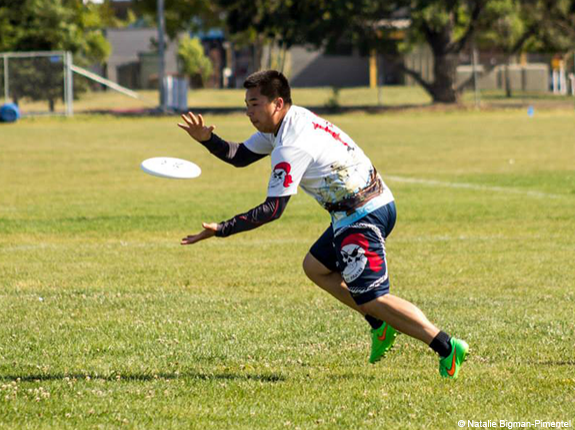 Robyn Wiseman (@wi_statebird) writes for Skyd Magazine, a Seattle based magazine that celebrates and supports the growth of ultimate frisbee. Robyn began playing ultimate in 2007 at the University of Wisconsin-Eau Claire. She is a 2014 World Champion in the Mixed division and has competed in Women's Club Division. Robyn tries her best to spread her love of the game through organizing skills clinics and helping to expand the number of teams competing in the series as a College Conference Coordinator.

Most of the written tryout advice out there focuses on how to make changes to physical outcomes rather than how to prepare mentally for tryouts, Wiseman writes. But here, she shares the value of mental toughness in tryouts and how athletes should make this a focus during intense tryout situations.

She advises that during tryouts, athletes focus on their strengths and how teammates can help rather than an inward and a negative me-against-the-world mindset that is prevalent in tryout situations. She says all athletes should find ways to connect with those around them who help "elevate their game."

Ultimately, poise and belief in yourself and teammates builds a mutual attitude of confidence and sets you up to be successful. As she notes, "Part of a drive to win or compete is individual, but a huge component of that is drawn from the people around you. When I box myself in, I lose the power I gain from my teammates; mentally tough opponents or teammates draw strength from those around them just as much as they draw strength from within."

To read more from Wiseman and Skyd Magazine, click the link below.

How Coaches Can Teach Mental Toughness And Emotional Intelligence

This coach challenges his players to handle situations on and off the field with class and character.

Mental Toughness Means The Ability To Focus On The Next Play

Jack Clark on what mental toughness means and the importance it plays on a successful team.

Instead Of "Tough Love", Focus On Athlete Strengths

Research shows that reinforcing strengths, not tough love, is more effective in teaching kids how to excel.

Coaching Grit Without Being Too Tough On Kids

Playing Through A Concussion Is No Sign Of Toughness

Playing Through A Concussion Is No Sign Of Toughness