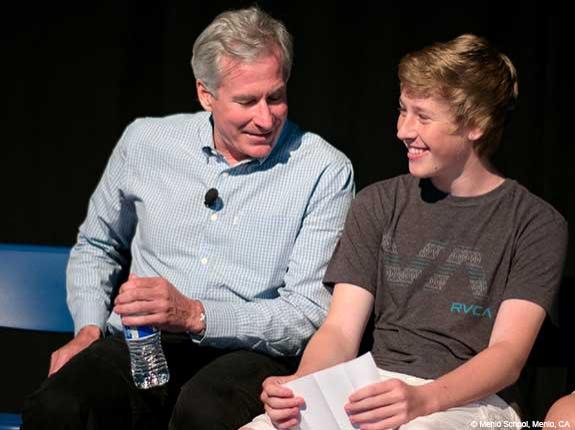 This resource is from a case study in PCA Founder Jim Thompson’s book, Positive Sports Parenting.

Watching a game on television with your child, a player taunts an opponent after making a great play. The taunted player retaliates. As a Second-Goal Parent®, what should you do?

Your objective here is to reinforce character traits and life lessons you’d like your child to embrace. Televised sporting events provide a wonderful source of “teachable moments.”

There are two ways to handle these conversations. One is for you to assert what you think of the situation. “I think both of the players blew it. Player A made a great play and then acted like a jerk. But Player B would have done better to have ignored Player A’s taunt rather than letting it take him out of his game.”

This is fine and is necessary sometimes, but an even more effective way would be to ask rather than tell. “What do you think about Player A’s behavior after he made that great play?” It is more powerful and lasting when a young person comes to a conclusion himself rather than simply nodding his head.

Starting the conversation with a question doesn’t mean you can’t add your thoughts later and even push back if your child says something that you disagree with. “I agree Player B may have been justified in retaliating, but I would have liked to have seen him control himself and Honor the Game. I’d certainly like to see you rise above your opponent’s behavior if he dishonors the game.”

Of course, the other opportunity available when watching sports together on TV is to point out positive examples.

To purchase the entire Positive Sports Parenting book, and to learn more about other PCA books, click here.

These books are used in PCA’s live workshops. To learn more about our interactive parent workshops, click here.

Learn how listening will be your most useful tool in becoming a better teacher for your kid.

Watch a youth hockey coach asking his team what they learned from the recent Winter Olympic Games.

Parents, Let it Be Your Child’s Sports Experience, Not Yours

Steph Curry: What Parents Can Do To Ensure A Positive Sports Experience

Steph Curry on how parents can help create a supportive and positive sports environment for their kids.

When It Becomes About The Parents, Kids Stop Enjoying Sports

Geoff Loomis talks about how parent involvement lowers the enjoyment of sports for children.