Sandy Brondello: Focus On The Process 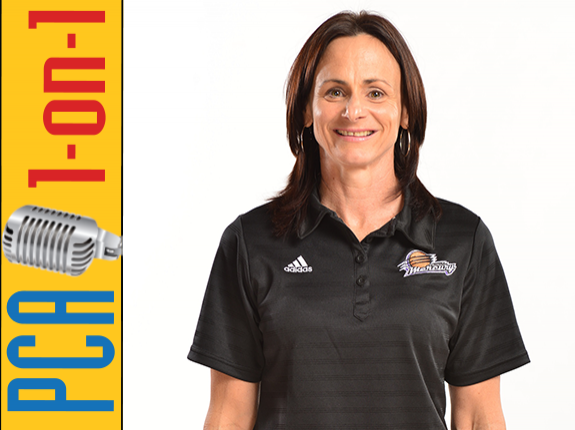 This 1-on-1 interview features Sandy Brondello, Head Coach of the WNBA Phoenix Mercury (@PhoenixMercury). An 18-year member of the Australian National Team as a player, Sandy is a four-time Olympian, a two-time silver medalist (2000, 2004), and was named the 1992 Australian International Player of the Year. As a shooting guard, Sandy finished her professional playing career with a five-year run in the WNBA, playing for Detroit, Miami and Seattle. Sandy transitioned from playing to coaching right away and in 2014 Sandy was named the WNBA Coach of the Year after guiding the Phoenix Mercury to the league's best record.

Tina Syer (@tinasyer4), Former PCA President, gets Brondello's take on women's basketball from the youth level to the WNBA. This interview is packed with insights on high school recruiting, playing at the professional level, specialization, leadership, and more.

What To Focus On During The Recruiting Process

Chris Rotelli, one of the most accomplished lacrosse players of all time, shares his recruiting process tips.

Sandy Brondello on Team Culture Within a Sports Program

Sandy Brondello explains how team culture is essential for winning a championship.

Brad Stevens: Focus On The Process

Celtics Coach Brad Stevens advises coaches to focus on what they can control for the best results.

The Great Irony: Focus On Process, Not Results, Gives You Better Results

The Importance Of Clear Communication Throughout The Recruiting Process

Brandon Whiting explains the necessity of creating commonality and understanding in the recruiting process.

Recruiting Tip: Take Control Of The Process, Don't Let It Control You

Noah Jackson suggests athletes take control of the recruiting process to identify the right fit for them.