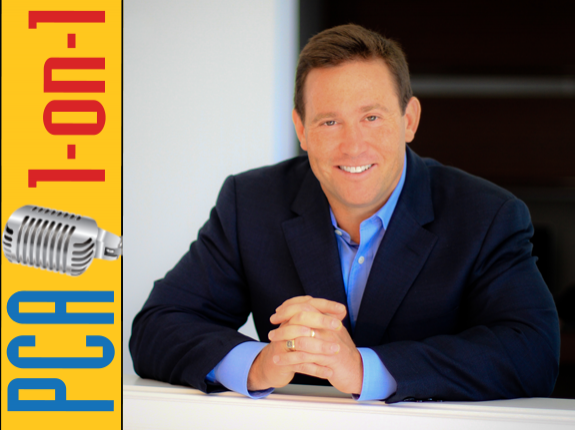 This 1-on-1 interview features Jon Gordon (@JonGordon11), a best-selling author and keynote speaker, known for such titles as The Energy Bus, The No Complaining Rule, and Soup. His latest book is The Carpenter and his next book is a collaboration with former Atlanta Falcons Head Coach Mike Smith. He played lacrosse for Cornell University and brings his athletic experience to his insights on coaching, team-building and parenting.

Jim Thompson (@JimThompson18), PCA Founder, talks to Gordon on such topics as the relative role of heart and head in coaching and team-building and how players sense their coach's caring. "If your team knows you love and care about them, they will let you push them."

Although positivity infuses all of Gordon's work, he says, "I’m not naturally positive. I have to work really hard at it." His talk of parenting here acknowledges he had to overcome his conditioning toward earning praise as an athlete in order to provide his own children with unconditional love.

Other gems include a metaphorical discussion of the "root and the fruit of the tree." Applied to coaching, that is a reminder not to focus overly on results (the fruit) at the expense of developing players and people (the "root" of the "tree" that eventually produces "fruit"). Gordon and Thompson also touch on the "energy vampires" concept from Gordon's books, the power of prayer and everyone from Billy Donovan to Mother Teresa.

Talk to the coach in private during a calm time to let him know how his behavior affects you and the players.

The Value Of Positive Coaching For New Volunteer Coaches

Matt Kata on how the goal for every youth coach should be making sure the players are having fun.

Positive Coaching Means Players Can Confide In You About Anything

Award Winning coach on how positivity allows him to form a bond with his players outside of football.

Positive Coaching Takes Work, But It Makes My Job Easier

Jack Clark talks about how coaching positively can be challenging, but is necessary.