Dave Kaval: Failure Is An Opportunity 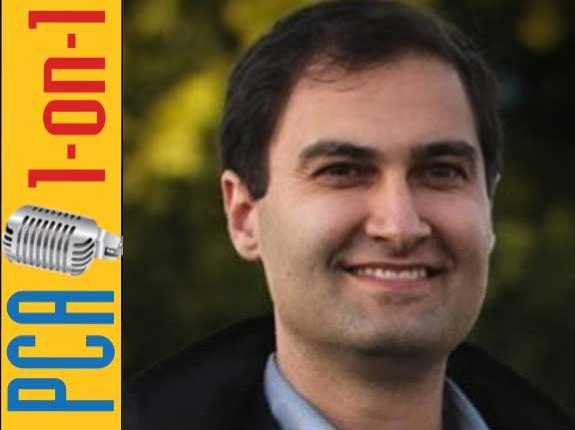 This 1-on-1 interview features Dave Kaval (@QuakesPrez), PCA National Advisory Board Member and President of Major League Soccer’s San Jose Earthquakes and Major League Baseball's Oakland Athletics. Kaval, a graduate of Stanford Business School, has transformed the Earthquakes into a team that leads MLS in corporate sponsorship dollars. His leadership has fueled the Quakes’ plans to open their new venue, Avaya Stadium, in March of 2015.

PCA Founder Jim Thompson (@JimThompson18) begins his talk with Kaval about his founding of a grassroots baseball league. Kaval explains that not fearing failure allowed him to succeed in the foundations of that league and has been instrumental to his success in the MLS, as well. Kaval is a strong proponent of seeing failure as an opportunity, rather than as something negative.

Kaval and Thompson discuss how a U.S. culture with a prevailing win-at-all-cost mentality impacts youth soccer in our country. Determined to foster development of youth through sports, Kaval also discusses how character-education deserves greater emphasis in youth soccer clubs and how Quakes’ star and U.S. Men’s National Team Member Chris Wondolowski (@ChrisWondo) is a Triple-Impact Competitor® who helps improve his community.

Not Even A Question That Sports Shaped Twins President Dave St. Peter

Dave St. Peter reflects on the role sports played in his life and how it shaped him into the person he is.

How Self-Compassion Helps With Resilience And Handling Failure

Self-compassion and remembering that failure is part of being human helps people persist and be resilient.

Chip Hale On Coaching Positively Through Success And Failure

Dave Preston: The Importance of a Teachable Moment

Preston emphasizes the importance of recognizing the teachable moments with your athletes.

Parents' Reaction To Failure Translates To Their Children

Parents reaction to failure translates directly to how their kids will handle failure, according to Dweck.

Failing One Time Doesn't Make You A Failure