Bob McKillop: The Value Of Caring And Coaching Stephen Curry 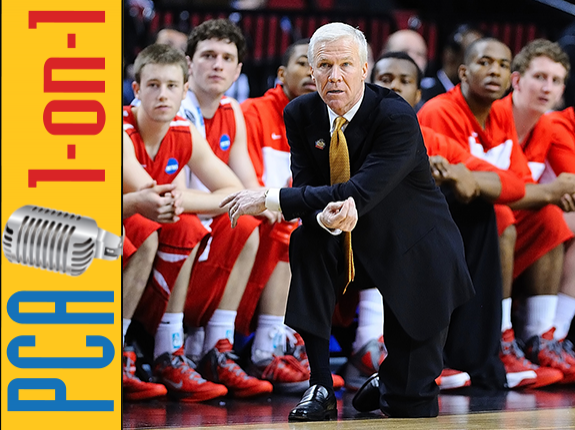 This 1-on-1 interview features Bob McKillop, the head basketball coach at Davidson College (@DavidsonMBB), most well-known for the Stephen Curry-led team that reached the Elite Eight of the 2008 NCAA Tournament. His record at Davidson since taking the helm in 1989 through the 2014-2015 season is 495-299. However, there is much more to McKillop than numbers reveal.

Jim Thompson (@JimThompson18), PCA Founder, talks to McKillop on his core coaching values of Commitment, Trust and Caring. He emphasizes the importance of coaches showing they care for their players as people, and he provides some very specific advice on how to do so.

McKillop also emphasizes the power of allying with players' parents. While many in college sports decry the increasing role and influence of players' parents, McKillop sees a proactive, positive relationship with parents as key to his team's culture and their shared effort to develop players and people of character. He draws on his experience with Curry's parents, Sonya and Dell Curry, as an example.

Other important concepts explored here include coaching your own kids (as McKillop did with his son Matt, now an assistant coach for Davidson), and the "Next Play" mantra he "stole" from Coach K to help move his players past their mistakes and living and playing in the moment.

Stephen Bardo: The Value Of A Coach Knowing Players As Individuals

Stephen Bardo: Showing Players You Care Beyond The Court