Role Of The Culture Keeper 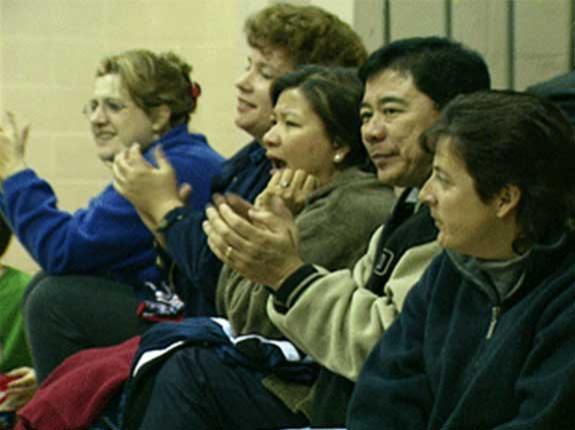 Every parent and guardian plays an important role in maintaining a fun and positive environment for their kids playing sports. This is especially true during games, when the coach's focus is on the team. An appointed "Culture Keeper" helps generate and maintain positive behavior among parents and other fans on the sidelines or in the bleachers. This position assists the coach and league leaders by actively setting a good example and guiding other fans.

One way in particular a Culture Keeper may be used is to uphold the team's cultural goals. For example, there are many instances of parents yelling at officials when they perceive a bad call. This negative response is disrespectful to the officials and referees, who are doing the best they can at their job. A Culture Keeper who recognizes this behavior from other parents might gently remind them that their team or league standard is Honor the Game, which includes respecting officials. With the help of the Culture Keeper, coaches can focus on the important aspects of the game, and players will be less distracted (or embarrassed!) by sideline negativity.

Tommy Amaker On The Role Of A Sports Parent

A collegiate basketball coach explains how he works with players' parents.

How To Intervene When People Dishonor The Game

Occasionally, fan misbehavior calls for intervention. Here is how to intervene safely and effectively.

Athletic Directors Can Make Parents A Positive Instead Of A Problem

Steve Kryger on ways coaches can include parents in the process while also setting boundaries.

Raptors Coach Phil Handy: Be Upfront With Parents About Their Role

Phil Handy explains the importance of being direct with parents about your expectations as a coach.

How To Help Volunteer Parent Coaches Get Excited About Their Role

Matt Kata talks about the challenges of coaching youth sports and how to overcome them.