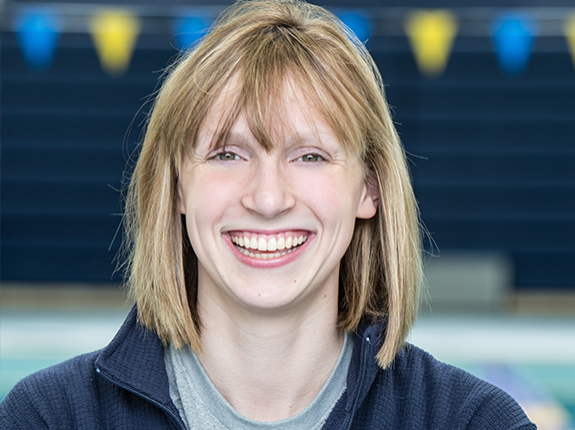 Jason McGhee is the Director of Athletics at Stone Ridge School of the Sacred Heart, where he has overseen the upper and middle school athletic programs since 2014. Before joining Stone Ridge, Jason was the Associate Athletics Director at George Washington University, where he graduated with a degree in Kinesiology and Exercise Science in 1996.

In all levels of sports it is almost a rite of passage for athletic directors, coaches, and fans to start each new season trying to determine the burning question: Who will step up to replace the seniors who graduated, or those other contributing athletes no longer on the team? At Stone Ridge School of the Sacred Heart in Bethesda, MD, where Katie Ledecky graduated in 2015, the question that will always be asked is, “Who will be the next Katie Ledecky?”

I know what you’re thinking...the natural reaction to the question is that I’m referring to Olympic level competitive success. In fact, I am not.

Yes, Katie won Gold in the 2012 London Olympics the summer after her freshman year at Stone Ridge and smashed her own world record on Sunday night in Rio. But when I ask, “Who will be the next Katie Ledecky” it is with the knowledge that she is an even better person than athlete!

Heather Petri On The Meaning Of Character

Burroughs shares with us his journey from humble beginnings to collegiate and international wrestling prowess.