How A Texas Football Team Showed Respect In Crunchtime 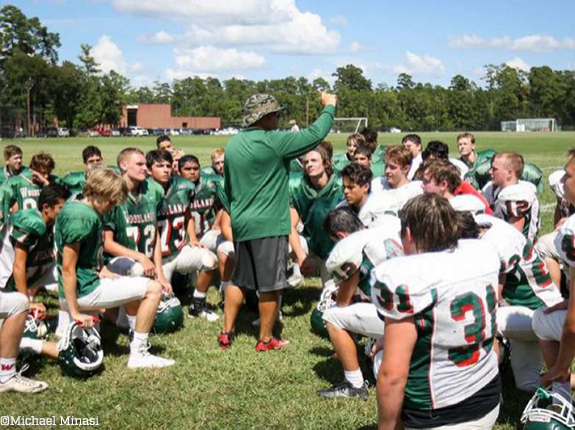 A JV matchup between The Woodlands School and Tompkins High School football team in Houston came down to the wire, with Woodlands looking to take the lead with 5 seconds to go on the 1 yard line.

However, at just that moment, a player for Tompkins went down with a life threatening injury. Rather than take the lead , coaches and players of The Woodlands School demonstrated that there are things in life that matter more than winning.

Read below and learn from their actions and post-game comments collected by Rob Tate of the Houston Chronicle to see how life lessons can take precedent in a game situation:

These actions demonstrate there is more to sports than winning, especially when a life is on the line. The Woodlands JV football team exemplifies how to walk that talk, rather than talk the talk, for all other teams, coaches, and athletes around the country.

For all coaches and athletes in similar situations, this serves as a great example of how to put sportsmanship into action.

This is a PCA commentary based on Rob Tate's article in the Houston Chronicle here.

Download the full PDF below to learn more about how you can follow in this teams footsteps and respect injured opponents.

The Real Meaning Of Respecting Rules And Showing Good Sportsmanship

Coach your athletes to play as hard as they can within the rules.

Brad Stevens talks about embracing competition and his respect for Steve Kerr as a mentor and colleague.

How to Apologize as a Coach When You've Gone Too Far

Pat Fitzgerald and Sam Peszek share advice on how to apologize as a coach when you've gone too far.

Coaches who must make player cuts, should do so humanely, using these methods to help the athletes they cut.

One of the things I’ve noticed that truly great coaches have in common is that they are insatiable learners.