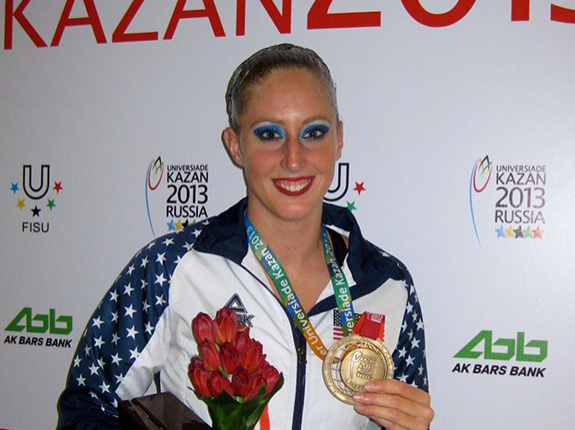 Morgan Fuller (@mofully) is PCA’s Program Administrator. Following her retirement from competitive synchro, she worked with the Stanford University Athletic Department in a variety of capacities, served in South Korea as a member of the U.S. Delegation Staff at the 2015 World University Games, and now works for the San Jose Earthquakes MLS team in addition to coaching for the San Francisco Merionettes Synchronized Swimming Club.

In the document below (Click below to download) Morgan shares her story in pursuit of an Olympic dream that fell just short. Instead of dwelling on the agonizing defeat, here is what Morgan knows now after pursuing her dream and how others can act in pursuit of their own goals.

1). Even though she fell short of her Olympic dream, there are other dreams she could strive for that didn't necessarily pertain to the Olympics, such as winning a national championship at Stanford.

2). Focus on new goals, related to your sport or not, and what needs to be done to get there.

3). Don't regret the sacrifice. Even though Morgan sacrificed time away from school and always knew it was possible she might not make the Olympics, the feelings of regret of never taking that chance would have been way worse.

She knew she was a long shot for the Games, but would rather look back now on an Olympic dream cut short, than one that was never even pursued.

Regardless Of Pro Dreams, Parents Should Focus On Life Lessons

Mike Nealy advises parents on how best to support kids through their youth sports experience.

Jackie MacMullan is a nationally-recognized and award-winning sports columnist, author and

4 Life Lessons That Youth Can Learn From Golf

How golf teaches young athletes about integrity, problem solving, and the growth mindset.