Resist The Urge To Over-Coach 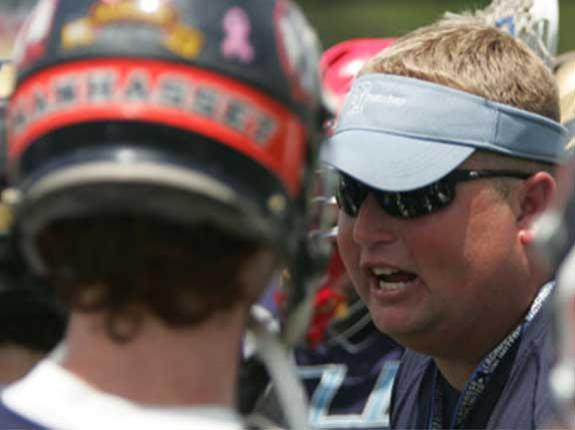 Coaches who over-coach, micromanage or frequently shout instructions during the flow of athletic competition are undermining themselves and their athletes. Over-coaching creates a din in the athletes' ears that may distract them from doing what they already know how to do. Further, over-coaching denies athletes one of the greatest life lessons and character development opportunities available through sport: the development of decision-making ability and learning to live with the consequences of their own decisions.

Practice sessions are the best time for a coach to help athletes develop their skills. That is where repetition and instruction are most needed. Imparting the details of a skill -- event to the point of micro-management -- may be necessary during practices and drills. During the games, anything other than small adjustments or just reminding certain athletes of trigger words established in practice usually are counterproductive. In a game, players are putting into action all that they have learned. They are trying to prove they are masters of the skills.

One key aspect to game time play is an athlete’s ability to implement lessons learned in practice and to self-guide. Coaches who try to dictate all that happens during the game aren’t letting their players take control and grow as independent athletes. It’s part of the learning process to translate skills learned to game time, and the coach can play an important role preparing players during game prep and then positively reinforcing these efforts during game time. This article further illustrates why coaches should consider a less hands-on approach to game time coaching, and 1st-time coaches should especially take note.

This article was originally written for the US Lacrosse blog.

Players can rise above micro-managing coaches and still maintain autonomy in order to perform well.

The Power Of An Unforgettable Coach Who Believes In Kids

Coaches can be unforgettable and evoke emotional reactions from the impact they make even years later.

Marc Trestman: The Purpose Of Coaching