Honesty: A Key Lesson In Ultimate Frisbee, The Self-Refereed Sport 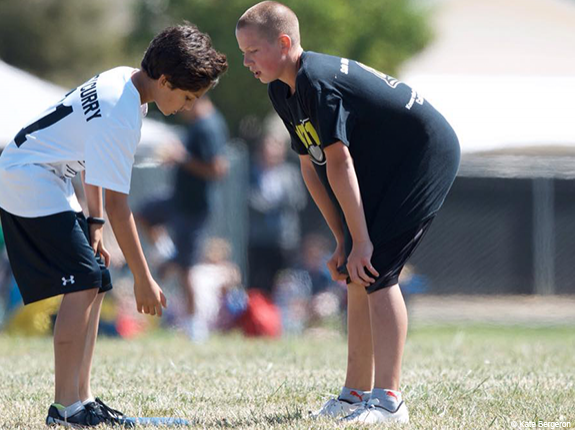 Dave Abel has been the President and General Manager of News 8 WMTW (@WMTWTV) since 2009. WMTW is the leading local news and weather station in Portland, Maine and in 2014, the station received two Edward R. Murrow awards for Best Newscast for Small Television Markets.

In this editorial piece, Abel discusses the several possible lessons that can be learned in youth sports: discipline, accountability, leadership, honesty, integrity, respect, and learning to get along with others. Ultimate frisbee, a sport known as "ultimate" to its participants and followers, is unique in that it is self-refereed and in certain divisions, different genders can play on the same team on the same field. These two unique factors of ultimate may increase the likelihood for participants and all involved to learn life lessons.

To highlight these lessons learned and demonstrated through sports, he recounts a moment of true integrity at an ultimate frisbee tournament, where self-refereeing limits arguing and promotes high levels of honesty and respect for opponents. A player who seemingly made a diving catch to score a point admitted that he did not actually catch the frisbee. Even though he could've gotten away with it, the way ultimate teaches integrity demonstrated a key life lesson on ethics: the kid did the right thing even when no one noticed what actually happened.

A panel of coaches discusses how spirit (fairness) and winning in ultimate frisbee tend to go hand in hand.

Phil Jackson On Playing Above The Referees

Phil Jackson explains how to get players to play "above" the referees.

The Importance Of Playing Referee

This coach teaches his players about honoring officials by helping them see what it's like to be a referee.