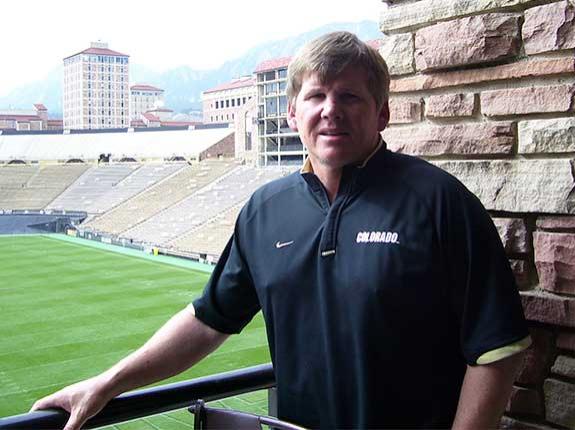 Dan Hawkins (@CoachHawk), a PCA National Advisory Board Member, played fullback at UC Davis before beginning his career in coaching. He helped build Boise State's program to its current lofty status, was the Head Football Coach for the University of Colorado, and has worked as a sports analyst for ESPN.

Hawkins' proclaimed purpose in coaching is to “make a difference,” and it shows in the way he treats his players and tries to strike a balance between fun and hard work. He wants to help his athletes grow on and off the field, a standard of a Double-Goal Coach®.

He also shares his unique understanding of the challenges and rewards that accompany coaching your own child, as he did when Cody Hawkins was the quarterback for the University of Colorado.

Finally, Dan talks about “Hawk Love” and why he thinks the buzzword became so meaningful.

Sonya Curry explains the importance of finding a coach who can see the potential in their athletes and growth.

Dan Coyle: The Craft Of Being A Good Coach

Bob McKillop: The Value Of Caring And Coaching Stephen Curry

Stephen Curry's coach at Davidson in a deep discussion of character and the power of positive parenting.

Doc Rivers On Character and Culture

Learn the value of a player's character through the eyes of a top NBA coach.

The Ideal Qualities Of A Youth And High School Sports Culture

Heather Woody talks about the qualities she focuses to create the right culture at her program.