Astronaut Steve Smith: How Youth Sports Took Him To The Outer Limits 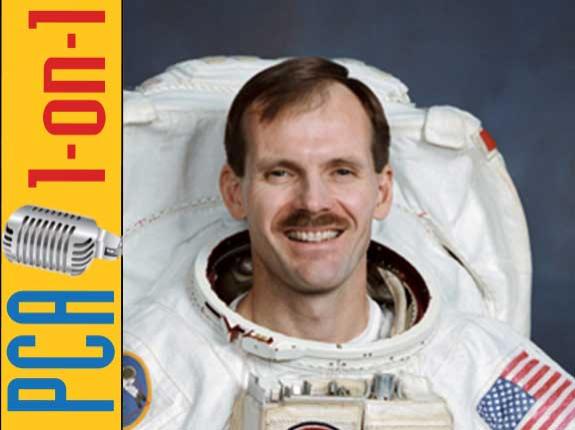 This 1-on-1 interview features Steve Smith, a PCA National Advisory Board Member, who has served as the NASA International Space Station Program Liaison to the European Space Agency and was a two-time NCAA Champion water polo player at Stanford University, where he captained the 1980 team.

Jim Thompson (@JimThompson18), PCA Founder, talks to Smith about how youth sports shaped his future career. After four rejections from NASA, Smith eventually went on to become one of the top five astronauts on the worldwide spacewalk duration list. He credits the same mentality as a Triple-Impact Competitor® (makes himself, his teammates, and the game better) for this turnaround. He earned his spot in space by proving to NASA he was a hard worker, good communicator, and a dependable team member. Here's where you'll find Steve talking about featured topics:

Power of Positive: Kicking it with Brian McBride

USMNT Legend Brian McBride shares how his soccer journey and role as a sports parent helped him launch Tipevo.

Youth Sports As A Development Zone: Jim Thompson At TEDxFargo

PCA Founder gives a passionate presentation on the state of youth sports and how we can improve the culture.

Embracing Mistakes To Become Your Best

It is better to make a mistake than to be afraid of making one -- Read how to best recover and refocus here.